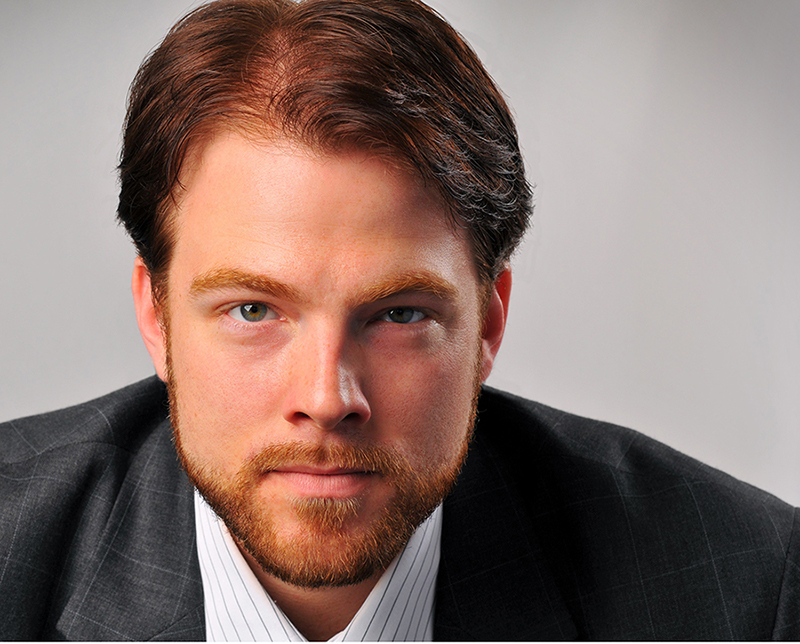 Jonathan Lasch has been described by critics as possessing a voice of “arresting color and heft,” that is “smooth and flexible,” “thrillingly resonant and firm-lined,” a singer able to “balance a big, powerful sound with a light-handed facility with which he makes every note of the fast passagework perfectly clear,” a performer who is a “master of the stage” and a “tour de force.” Most recently, Lasch performed the roles of Sam in Trouble in Tahiti with Great Lakes Chamber Music Festival and Hannah Before in As One with Aepex Contemporary Performance at Kerrytown Concert Hall. As well as; Handel’s Messiah with the Toledo Symphony, Orff’s Carmina Burana with the Adrian Symphony, and the title role in Mendelssohn’s Elijah with Chorus America in Hill Auditorium. He has also performed Schubert’s Schwanengesang several times on concert stages across Michigan. Last season Mr. Lasch sang Copland’s Old American Songs with the Dearborn Symphony, sang and recorded the baritone soloist in Jocelyn Hagen’s amass with Eugene Rogers and the University of Michigan in Hill Auditorium, Ann Arbor, Messiah with Fort Street Chorale in Detroit, and Elijah with Dover Choral Society.

In June, 2020, Jonathan and his wife, Caitlin Lynch, were featured in the premiere recital of the series, CameraMusic, a coproduction between Chamber Music Society of Detroit and Michigan Opera Theatre. In July they collaborated with Motor City Lyric Opera and recorded Serenade for Seniors. A program of favorite songs from mid-twentieth century to be shown in assisted living and retirement communities during the Pandemic.

Other recent operatic roles include the title role in Le Nozze di Figaro for Princeton Festival, Leporello in Don Giovanni and Marco in A View from the Bridge with Michigan Opera Theater, Papageno in Die Zauberflöte with Master Players Concert Series at University of Delaware and Fargo Moorhead Opera, Sharpless in Madama Butterfly with Fargo Moorhead Opera, Scarpia in Tosca for Opera Saratoga’s Pasta and Puccini Night, Marcello in La bohème with Arbor Opera Theatre and Bar Harbor Music Festival, Ford in Falstaff with Aspen Opera Theater Center, Masetto in Don Giovanni with Green Mountain Opera Festival, and Captain Corcoran in H.M.S. Pinafore with Piedmont Opera.

While earning an Artist Diploma in Opera at University of Cincinnati’s College-Conservatory of Music, Jonathan’s roles included the title role in Verdi’s Falstaff, Melisso in Alcina, Shrike in the Midwest première of Lowell Liebermann’s Miss Lonelyhearts, and Marcello in La bohème. During his Doctoral studies at the University of Michigan, then preDr. Lasch, reprised the title role of Falstaff and also sang his premiere of the title role in Don Giovanni. Mr. Lasch performed Ford in Falstaff and Escamillo in La tragédie de Carmen with Seattle Opera’s Young Artist Program and Tarquinius in The Rape of Lucretia with Portland Opera. Jonathan was a Glimmerglass Opera Young American Artist for two summers where he performed Achilla in Giulio Cesare, and covered Scarpia in Tosca and Friedrich in Wagner’s comic opera Das Liebesverbot.

Mr. Lasch was fortunate to learn from some of the best training programs in the United States, having participated in the Young Artist Programs at Glimmerglass Opera, Seattle Opera, Portland Opera, Chautauqua Opera, Connecticut Opera and the Aspen Opera Center. Dr. Lasch holds Bachelor and Master of Music degrees from The Hartt School at University of Hartford, an Artist Diploma in Opera from The University of Cincinnati College-Conservatory of Music, and a Doctor of Musical Arts from The University of Michigan School of Music, Theatre, and Dance. Through these programs he was able to study with some of the foremost baritone pedagogues of today, including; William McGraw, Stephen Lusmann, Stephen King, Mark Oswald and Mark Schnaible, as well as ‘Breathing Specialist’ Deb Birnbaum and renowned Wagnerian soprano, Jane Eaglen.

Dr. Lasch has taught voice at Concordia College in Moorhead, MN, Adrian College, University of Michigan, and returns to Wayne State University in Detroit as Assistant Professor and Coordinator of Voice on Tenure Track. His students have gone on to study in top graduate and young artist programs, while several are performing on Broadway, and some of the foremost Opera companies in the United States. In the summer of 2019, Dr. Lasch taught Voice with University of Michigan’s MPulse, a training program for adavanced High School singers. At the age of 38, Mr. Lasch was the first inductee into Robbinsdale Armstrong High School’s ‘Hall of Fame’ in the spring of 2019. At his Alma Mater in Plymouth, MN, Jonathan’s initiative and interest in Opera started the ‘Armstrong Opera Club’, which recently celebrated its 20th Anniversary, and has enabled over 1000 high school students to attend Opera. Jonathan enjoys living in Ferndale, Michigan with his wife and three kids, and is cofounder and codirector of ‘Detroit Song Collective’ alongside his wife and world-renowned soprano, Caitlin Lynch.