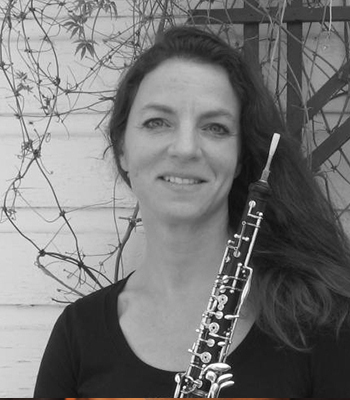 Stephanie Shapiro held the tenured position of Oboe/English Horn with the San Antonio Symphony from 1997-2011, during which time she also served on the faculty of Trinity University. Ms. Shapiro received her musical training at the New England Conservatory of Music in Boston, where she earned her B.M., and went on to receive her M.M. at the University of Michigan while on a full fellowship. She has performed as a guest with numerous orchestras, including the Fort Wayne Philharmonic, Michigan Opera Theatre, Oregon Symphony, Toledo Symphony Orchestra, and the Detroit Symphony Orchestra. She has appeared with a number of chamber ensembles as well, most notably the Detroit Chamber Winds, Chamberosity, Camarata San Antonio, and the Soli Chamber Ensemble. Her additional credits are many; she has won several competitions, including the prestigious National Symphony Orchestra Concerto Competition in Washington D.C., and was a semi-finalist at the Munich International Music Competition in Germany. Ms Shapiro has also participated in many festivals, including Tanglewood, the International Festival Orchestra in Israel, Music Academy of the West, and the Sarasota Music Festival. She currently teaches at Wayne State University, and enjoys an active musical life as a soloist, chamber music collaborator, and orchestral musician throughout the country.