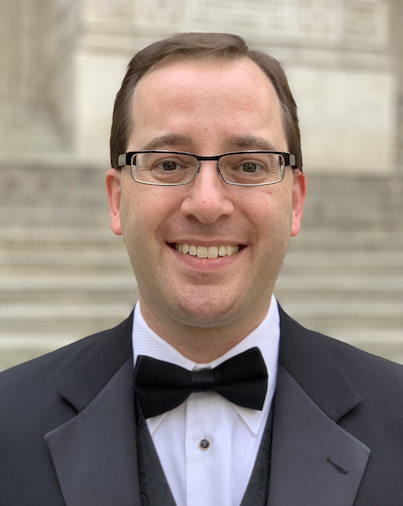 Joshua S. Duchan is an ethnomusicologist specializing in American popular music. He has published three books, Powerful Voices: The Musical and Social World of Collegiate A Cappella (2012), Billy Joel: America's Piano Man (2017), and "We Didn't Start the Fire": Billy Joel and Popular Music Studies (2020), as well as numerous journal articles and book chapters. (See below for a list of publications.) He has also presented his work at meetings of the American Musicological Society, the Society for American Music, the Society for Ethnomusicology, the International Council for Traditional Music, the International Association for the Study of Popular Music, the international Art of Record Production conference, and at various conferences on and festivals of a cappella music.

Dr. Duchan's current research examines the ways American collegiate a cappella groups have adapted their musical and social processes to the reality of social distancing during the COVID-19 pandemic. Drawing on new ethnographic interviews, he illuminates how such groups have embraced forms of asynchronous musicking, especially in the form of the music video, as a substitute for live performance as well as a social motivator. He has shared preliminary results as part of the WSU Humanities Center's Brown Bag Lecture series and will be publishing a chapter on the topic in the forthcoming book, The Oxford Handbook of Community Singing (Oxford University Press).

Dr. Duchan has also conducted extensive research on the music of American singer-songwriter Billy Joel. Most recently, he contributed a chapter on Joel's music and nostalgia to the edited collection, Rock Music Icons: Musical and Cultural Impacts (2022), edited by Robert McParland. His other recent book, "We Didn't Start the Fire": Billy Joel and Popular Music Studies (2020), which he co-edited with Ryan Raul Bañagale (Colorado College) and which features a foreword by Billy Joel himself, offers a collection of essays that examine Joel's music and career from a variety of perspectives.  "This illuminating collection...[makes] a compelling scholarly case for [Joel's] legacy as one of rock's great songwriters and performers," writes Albin Zak (professor at the University at Albany and author of The Poetics of Rock).  For those seeking "better understandings of my songs and their place in American history and culture," Joel writes, "the chapters in this book are a very good place to start."

"We Didn't Start the Fire": Billy Joel and Popular Music Studies received rave reviews. "Though there have been many biographies of Joel, this is a valuable addition to the scholarship. Recommended" (Choice, 6/21). The book was also featured in the "Popular Music Books in Process" series, hosted by the International Association for the Study of Popular Music (US Branch), the Journal of Popular Music Studies, and the Pop Conference, a video of which can be found here.

In 2016, Dr. Duchan co-chaired, with Dr. Bañagale, "'It's Still Rock and Roll to Me': The Music and Lyrics of Billy Joel -- a Public Musicology Conference" at Colorado College with support from the American Musicological Society, the National Endowment for the Humanities, and the Rock and Roll Hall of Fame and Museum. The symposium, during which Dr. Duchan conducted a live interview with Mr. Joel as the keynote event, was featured in the New York Times. Additional media appearances include "The Nine" on Detroit's Fox 2 TV station (WGBK), "Ann Delisi's Essential Music" on Detroit's NPR station (WDET), "The Daily" on Talk Radio Europe, and "Dr. Paul's Family Talk" on WNZK Radio Detroit. Dr. Duchan was also invited by the American Musicological Society to give a lecture on his research at the Rock and Roll Hall of Fame and Museum in 2018.

Presently, Dr. Duchan serves as Director of Graduate Studies for the Department of Music, for which he received the Outstanding Graduate Director Service Award from the WSU Graduate School in 2021 and a Service to Students Award from the College of Fine, Performing, and Communication Arts in 2018. Additionally, he sits on the advisory board of the popular music book series, "For the Record" (Lexington Books). He was also co-chair, with Kimberly Mack (University of Toledo), of "'I Got a Lust for Life': The Unique Words and Sounds of Northwest Ohio and Southeast Michigan," a symposium held in January 2018 with events in both Detroit, Michigan and Toledo, Ohio.

Dr. Duchan received his Ph.D. from the University of Michigan. Before joining the faculty at Wayne State University, he taught at Kalamazoo College and Bowling Green State University. At Wayne State University, Dr. Duchan teaches undergraduate and graduate courses in music history, world music, popular music, and ethnomusicology. Outside of teaching, he remains an active participant in the regional and national a cappella scene as an adjudicator, arranger, clinician, and producer -- including serving as a judge for the 2018 international high school and college-level finals in New York City.