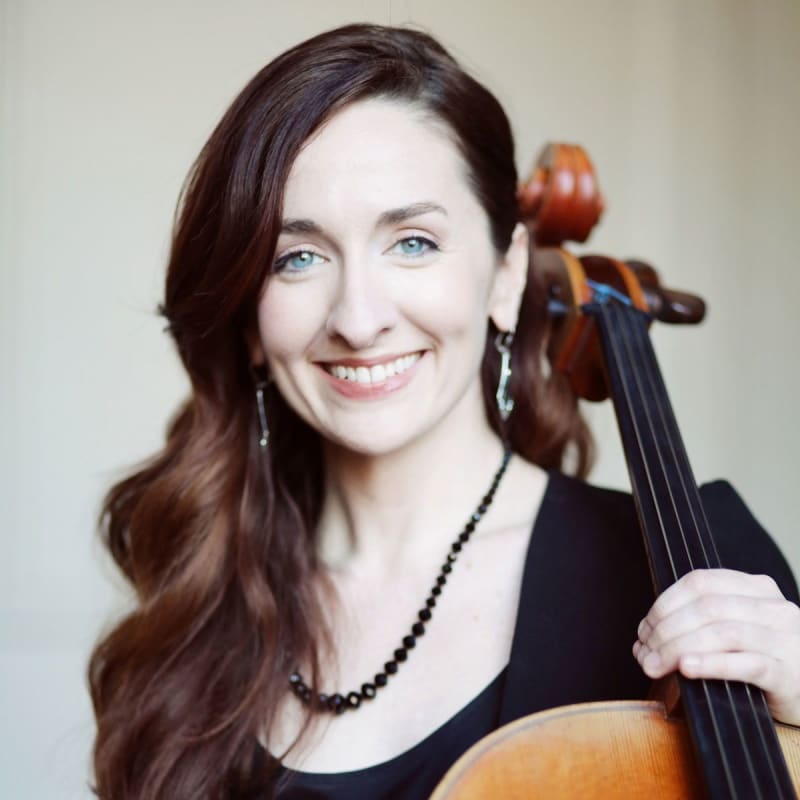 Praised for her exquisite tone and musical phrasing, cellist Úna O’Riordan enjoys a versatile career as an orchestral and chamber musician, new music advocate, teacher and clinician. She has performed as soloist and chamber musician in the United States, Canada, and Europe. Appointed to the Detroit Symphony Orchestra in 2007, she has also held positions in the Oregon Symphony, Sarasota Opera (Principal Cello), and the Sarasota Orchestra (Assistant Principal Cello). An advocate for contemporary classical music, Úna has been a member of the New Music Detroit (NMD) ensemble since 2008, and received the 2014 Kresge Artist Fellowship in recognition of the ensemble’s commitment to artistic excellence. In recent years, she has performed in recital with such diverse artists as legendary pianist Menahem Pressler, violinist Cho-Liang Lin, singer-songwriter Shara Nova, composer/percussionist Andy Akiho, Fifth House Ensemble and the Zodiac Trio.

On the music faculties of Oakland University and Wayne State University, she also has taught and performed at the Zodiac Festival & Academy in Valdeblore, France, and the Fresh Inc Festival for contemporary music performance and composition in Racine, Wisconsin. From 2013-2017 she performed at the American Institute for Musical Studies (AIMS) in Graz, Austria, where she has led audition-training workshops and served as principal cellist of the festival orchestra. Since 2016 she has performed chamber and orchestral music at Mainly Mozart Festival in San Diego, California.

Úna is a graduate of the Eastman School of Music, where she received a Bachelor of Music with Distinction and was named an Arts Leadership Scholar. She received her Master of Music degree from Northwestern University’s Bienen School of Music. Her principal teachers include Hans Jorgen Jensen, Alan Harris, and Pamela Frame. During her training she participated in masterclasses with Yo-Yo Ma, Janos Starker and Paul Katz. She was a fellowship recipient at the Aspen and Meadowmount Schools of Music, and participated in the Verbier Festival and New York String Seminar at Carnegie Hall.

In her free time, Úna is a passionate traveler and enjoys photographing her adventures. Úna performs on a cello made by Carl Becker and Son, 1954.