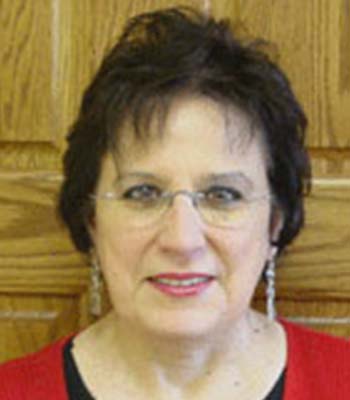 The American choral conductor, Ann Marie Koukios [Anne Maris Koukios], studied at the Thurston High School (HS degree, 1966-1969). She earned the degrees of Bachelor of Music in piano performance from Wayne State University and Master of Music in choral conducting from Western Michigan University (1971-1979). She holds a Doctor of Musical Arts degree in choral conducting from the College- Conservatory of Music of the University of Cincinnati (1979-1989). She has studied conducting with Dr. Elmer Thomas, Terri Murai, Dr. John Leman, Dr. Earl Rivers, and Helmuth Rilling. For the past 22 years she has resided in Cincinnati, Ohio where she completed her doctoral studies and became an active member of the professional musical community.

Among her many musical activities, Ann Marie Koukios served as founder and conductor of the Byzantine Singers (a Cincinnati-based professional choral ensemble founded in 1983) which performed on major series and venues throughout the Cincinnati area. She was also faculty member of the Preparatory Department of the University of Cincinnati where she was Music Director of the 70-voice CCM Children's Choir and 30-voice CCM Children's Chamber Choir for 12 years.

Other positions held by Ann Marie Koukios include Interim Director of Choirs at Berea College in Kentucky and Artistic Director and conductor of the Cincinnati Composers' Guild (through which she has conducted premiere performances of over 20 works for instrumental chamber ensembles). Other groups under her direction have included "I Solisti" (a Cincinnati-based chamber orchestra), the University of Cincinnati Opera Chorus; and the Detroit Choral Society. She has also been guest lecturer on Children's Choirs for choral conducting seminars as well as Instructor of Undergraduate Choral Conducting Technique at the University of Cincinnati College-Conservatory of Music.

Previously an active member of the Cincinnati Arts Community, Ann Marie Koukios has functioned as Program Chair for the 1995 Region V Convention for the American Guild of Organists in Cincinnati; Registration Committee Chair for the 1996 Regional Convention of the American Choral Director's Association; Associate Artistic Director for the 1996 Sing Cincinnati!Festival and guest conductor for the First Annual Sing Cincinnati! Children's Honors Choir. Last summer Dr. Koukios enjoyed an educational study leave which took her to Oregon where she participated in the orchestral/choral conducting master-class of Helmuth Rilling, world renown Bach specialist.

Originally born and raised in the Detroit area, Ann Marie Koukios is delighted to be "home" and beginning her work as Minister of Music at Metropolitan United Methodist Church. She and her husband, computer consultant Evans Koukios, have three children: Alex, Maria, and George.