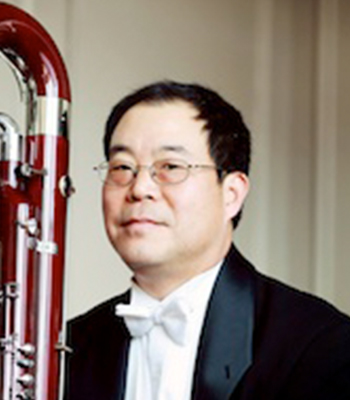 Born in Los Angeles, Marcus Schoon began studying piano at the age of nine and saxophone at 12. His introduction to bassoon began when his high school concert band lost their only bassoonist to graduation. He quickly volunteered to play bassoon and was soon involved in high school honor bands and orchestras throughout southern California.

Schoon graduated from the University of Southern California with a Bachelor of Music degree in Bassoon Performance, studying with noted bassoon professor Norman Herzberg. Schoon went on to receive his Master of Music degree as a woodwind specialist at the Eastman School of Music. During his stay at Eastman, Schoon received the Performers Certificate in bassoon, and was a member of the Rochester Philharmonic Orchestra.

Schoon also frequently plays the saxophone in the orchestra. Classical and pops concerts have often featured his abilities in saxophone, jazz and woodwinds. Starting in high school, Schoon has pursued an active interest in jazz. Jazz band, and other jazz-related courses filled Schoon's college life. After graduation, he studied jazz with such greats as Buddy Collette and Joe Farrell. A member of the Detroit Chamber Winds & Strings, Schoon recently joined the adjunct faculty at Wayne State University.