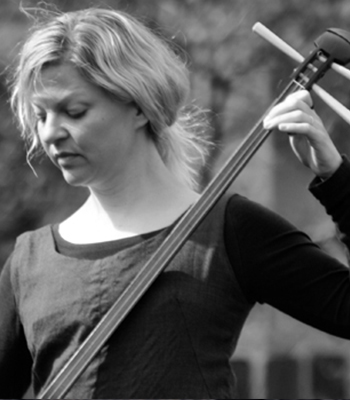 In 2019, Dr. Foreman was invited to join the Nichibunken International Research Institute for Japanese Studies in Kyoto, Japan (日文研 国際日本文化研究センタ) as a six-month visiting research scholar. Her project, The Sound of Butoh: Theorizing Nation and Tradition in the Music of Butoh Performance, is the first to investigate the music/sound used for butoh dance performances globally. The work involves ethnomusicological field research with butoh companies in Kyoto and Tokyo, research at the Hijikata Tatsumi Archive at Keio University in Tokyo, choreo-musical analysis of butoh, and collaboration with musicologist Shuhei Hosokawa.

Her book The Gei of Geisha. Music, Identity, and Meaning (Ashgate, 2008 and Routledge, 2016) was the first to research the connections between the Japanese geisha, Japanese music history, and the complex parameters of geisha-patron aesthetic experience, and has received high reviews:

Dr. Foreman received her M.A. and Ph.D. in musicology/ethnomusicology with a secondary specialization in anthropology from Kent State University, and B.A. in music theory / composition from St. Olaf College. In 2017, she was a participant of the week-long seminar Japan Performance Theory Workshop hosted by the Center for Japanese Studies at the University of Michigan. In 1992, she joined the historical legacy of American composers such as Aaron Copeland and Elliot Carter as a summer participant at the Le Conservatoire américain École des Beaux-Arts in Fontainebleau, France, and was awarded the Prix de Ville for the premiere of her composition Sonate for Duo Celli and Viola. She plays many instruments but concentrates on piano and the Japanese shamisen, having studied nagauta shamisen with one of the world's top shamisen headmasters, Imafuji Chōjūrō IV and continuing to appear with her when she performs in the United States.

She has presented her research for meetings of the Society for Ethnomusicology, PSi (Performance Studies International), CORD (Congress on Research in Dance), The International Institute for Asian Studies at Leiden University (The Netherlands), JAWS (Japan Anthropology Work Shop), MJS (Midwest Japan Seminar), Feminist Theory and Music, and ASAP (The Association for the Study of the Arts of the Present). She also regularly gives pre-performance lectures for performances of classical nagauta at both the Japan Society and Carnegie Hall in New York City.

Dr. Foreman composes music for various contexts and sound sources, and her recent creative focus seeks a unification/merging of the processes of composition and choreography. She created I Stay as a two-hour street performance at the Detroit Artist Village Sidewalk Arts Festival, as an exploration of space, sound, and demographic/geographic permanence. In addition, the Contemporary Art Institute of Detroit commissioned her for a piece to include in Farm, Art (a celebration of the nexus of urban farming and art in Detroit), for which she created Heliotrope, a unified work for thirty-six amateur dancers and two violins that plays with ideas of assumed mobility and staged spaces (link to this performance can be found here http://vimeo.com/51618667)

Before joining the music department at WSU, Dr. Foreman taught in the WSU anthropology department and served as lecturer from 1998-2000 at Rikkyo University（立教大学) in Tokyo, Japan. At WSU she teaches courses in early Western music history, world music, ear-training, Asian music, anthropology, and Japanese area studies. In 2016 she also joined the faculty of Ballet Detroit (a pre-professional Russian ballet school housed at the Michigan Opera Theater) as dance historian/educator.

Artist in Residencies and Workshops