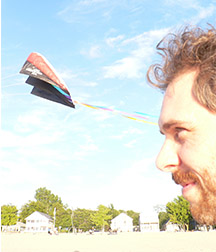 Karl Braunschweig specializes in the intersections between the practice of tonal music and the history of its theories, particularly in the ways that language concepts (such as grammar, rhetoric, and representation) and aesthetic categories have mediated our understandings of musical structure from the eighteenth century to the present. His publications have appeared in Music Theory Spectrum, the Journal of Music Theory, Music Theory and Analysis, Acta Musicologica, Theory and Practice, Intégral, and Gamut. He has also served the Society for Music Theory (SMT) and Music Theory Midwest (MTMW) in numerous capacities, and is an editorial board member for Intégral. Currently, he is working on a book project that envisions a new theoretical approach to melody and form based upon historical practices of signification and theories of language. He is also working on a smaller project documenting the history of dissonance in tonal theory and practice.

In 2005, Braunschweig served as Visiting Assistant Professor at the University of Michigan, where he taught a graduate seminar entitled, “Deconstructing Tonal Theory,” which featured a new approach to the history of theory that investigated the disciplines of tonal theory (counterpoint, harmony, melody, form) in their epistemological and institutional contexts. During the last fifteen years, he has advised M.M. theses on a wide range of topics, including the music of Bach, Mahler, Stravinsky, and Phish, musical aspects of the speeches of Martin Luther King Jr., intersections of Arabic and European music theory, and analysis of recent film soundtracks.

Analysis of the String Quartet from Beethoven to Shostakovich