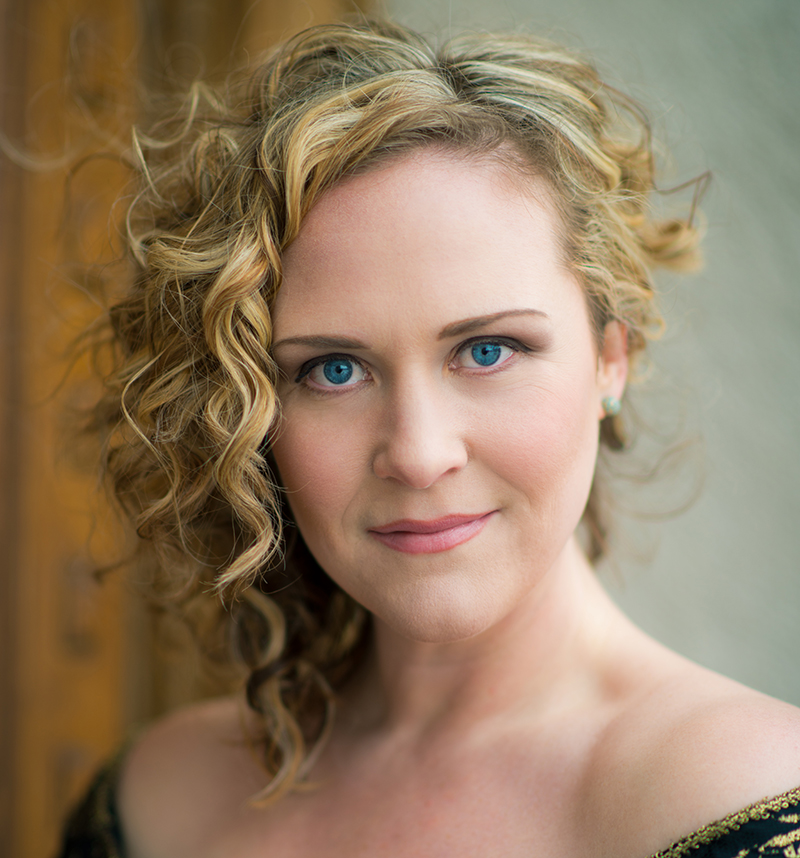 Declared “luminous” by the New York Times and “eloquent” by the Wall Street Journal, soprano Caitlin Lynch is captivating audiences with her portrayals of iconic leading ladies. With a repertoire that encompasses Mozart to Verdi and Handel to Heggie, Ms. Lynch brings her dynamic portrayals of both classic and contemporary operas to stages around the world.

This past season, the soprano returned to the Metropolitan Opera to sing the Countess in Le nozze di Figaro, a role she also performed with Palm Beach Opera. She also appeared with the Mostly Modern Festival as the soprano soloist in Robert Paterson’s Walt’s America. Future seasons include a debut with San Diego Opera and a return to the Seiji Ozawa Music Academy in Japan. Last season brought two major debuts for Ms. Lynch: with English National Opera for Donna Anna in Don Giovanni, and Micaëla in Carmen, conducted by Seiji Ozawa at his Music Academy. The soprano also returned to the stage of the Metropolitan Opera as Pamina in The Magic Flute, and Utah Opera for Donna Elvira in Don Giovanni. In concert, she joined the St. Louis Symphony for Mozart’s Requiem. During the 2015-2016 season, Ms. Lynch appeared as The Countess in Le nozze di Figaro with Seattle Opera, returned to The Metropolitan Opera for Le nozze di Figaro and Die Entführung aus dem Serail, and sang Violetta in La traviata with Chautauqua Opera. On the concert stage, she sang Beethoven’s 9th Symphony with Seattle Symphony, Dvořák’s Stabat Mater with Omaha Symphony, and Händel’s Messiah with Calvin Oratorio Society.

Ms. Lynch received international acclaim for creating the role of Eliza in Nico Muhly’s new chamber opera, Dark Sisters, which premiered at the Gotham Chamber Opera in New York with subsequent performances at the Opera Company of Philadelphia. She is known for her dynamic interpretation of new music, and has also worked closely with composers such as Jake Heggie, who engaged her to sing the world première of his new song cycle, Another Sunrise, commissioned by Music of Remembrance in Seattle. This led to two world-première performances of commissions by Jake Heggie with Music of Remembrance entitled Out of Darkness and Farewell, Auschwitz!

In her signature role of Countess Almaviva in Le nozze di Figaro, which she has performed with the Glimmerglass Opera, Lyric Opera Baltimore, Michigan Opera, and Opera Lyra Ottawa, critics touted “Time stands still when Caitlin Lynch sings. Her honeyed tone and sweetness of expression as Countess Almaviva goes straight to the heart.”