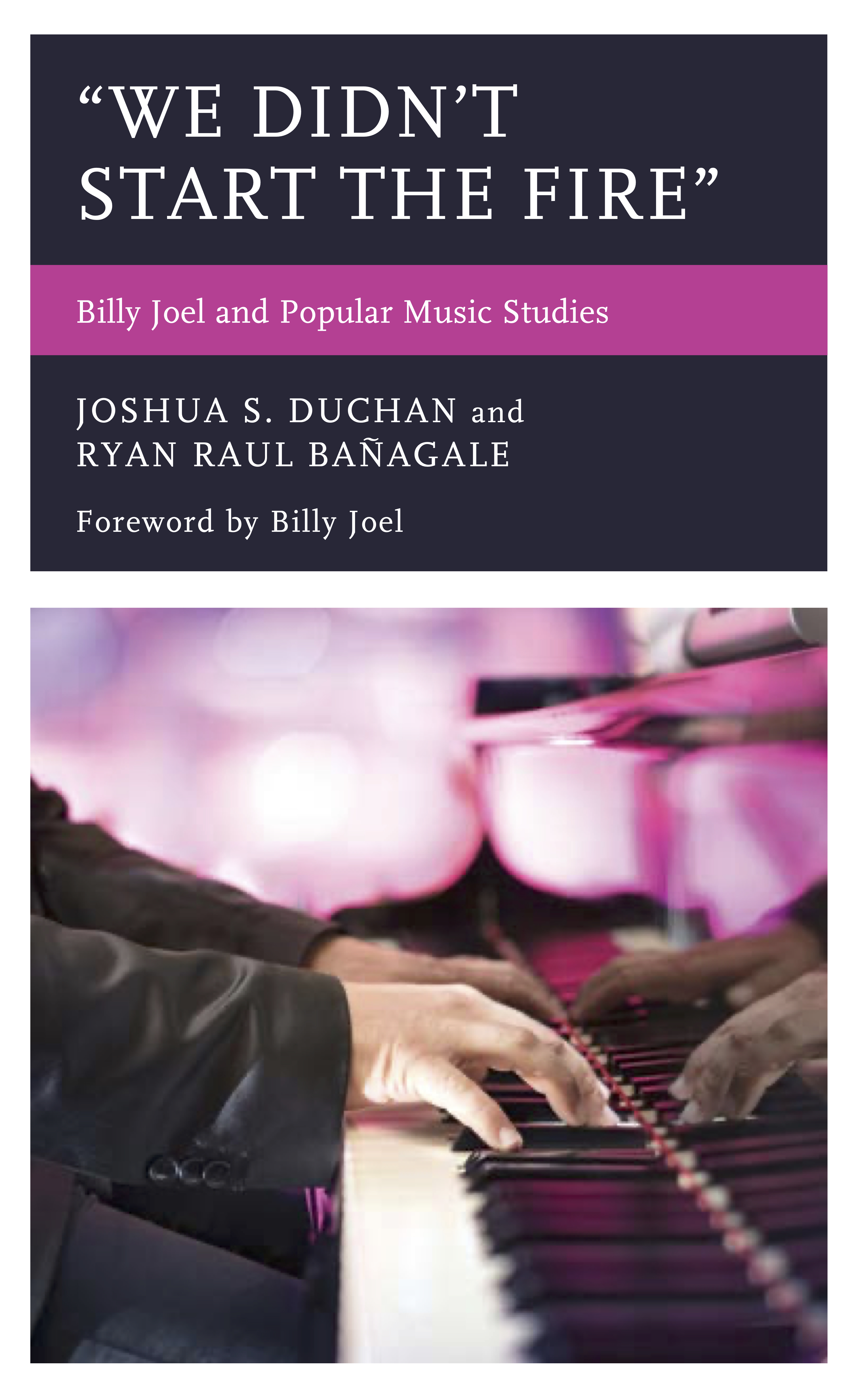 Music, led an exciting discussion of his new book, "We Didn't Start the Fire": Billy Joel and Popular Music Studies, on November 10, 2020 as part of the "Popular Music Books in Process" series. A collaboration between the International Association for the Study of Popular Music (US Branch), the Journal of Popular Music Studies, and the Pop Conference, the series features scholars talking about the books they're writing or have recently published. Duchan's book, a collection of essays co-edited with Ryan Raul Bañagale (Colorado College), offers a new, interdisciplinary model for the study of a popular musician and their music. The book also features a foreword by Billy Joel himself, who writes that he "leaves the interpretation of [his] music to others...and the chapters in this book are a very good place to start."

"I'm really excited about this collection," Professor Duchan said, "because of the diverse approaches it contains. Where else can you find essays about one musician's music and career from perspectives such as municipal branding, gender and embodiment, museum studies, arranging studies, music business, music theory, and music history?" Reviewers agree, with Albin Zak (University at Albany) calling it "a compelling scholarly case for [Joel's] legacy as one of rock's great songwriters and performers." Indeed, Professor Duchan began making that case in his 2017 monograph, Billy Joel: America's Piano Man. Joining Duchan for the "Popular Music Books in Process" discussion were Bañagale as well as contributors Kathryn Metz (Oberlin College and Conservatory) and Don Traut (University of Arizona).

The final chapter of the book features a transcript of an interview with Joel, conducted by Duchan and Bañagale at the 2016 Billy Joel Conference. This previously unpublished exchange offers a new, raw, primary source on which future scholarship on Joel and his music can build. For his part, Joel is supportive of such efforts: "I'm flattered that the last few years have seen an increase in interest in my music on the part of musicologists and other scholars, seeking better understandings of my songs and their place in American history and culture. If that all continues, great."

Click here to view a recording of the discussion